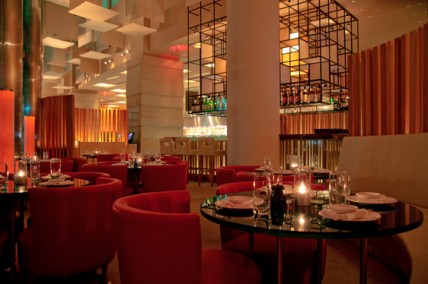 An American twist to a Japanese Cuisine (or vice versa!)

There’s nothing more pleasant than to have a Japanese inspired American restaurant that can give you a feel of being transported to Japan just by having a meal set for an American tongue. Nothing compares to an experience such as that, offered by Zuma Restaurant Miami, a breakthrough Japanese inspired restaurant found hidden in the many restaurants nestled deep in downtown Miami.

Izakaya is the theme of the place. It can be regarded as a fun, exciting ambience with a reinvigorating and luxurious feel to it. The informal Japanese dining style offered by Zuma Restaurant Miami comes together in full circle as the dishes served there has been made close to perfection, making your tongue and palate crave for more of the Zuma cuisines made available.

Already with high praises form food critics all over the world such as London, Hong Kong, Bangkok, Dubai, and Istanbul, surely dining at Zuma Restaurant Miami will undoubtedly make you a believer, if not, a patron of the impeccably made sushi platters and mouthwatering delicacies found only in Japan.

Zuma Restaurant Miami is open on weekdays till Saturdays but with seasonal opening hours during special occasions. The menu can outlast any other Japanese restaurant there is as their dishes come with an authentic yet savory feel to it that will never fail to satisfy that Japanese craving in you. Though the presentation may not be as bold as expected, the flavors can truly define Zuma’s boldness in more ways than one.

There is no set menu for each sitting, hence, can offer you a myriad of flavors each and every time you come for a visit. Their menu varies from their signature dishes, to the long line of sushi’s and sashimi’s, to their robata grill and tempura’s that will surely heighten your sense of taste for Japanese food in Miami.