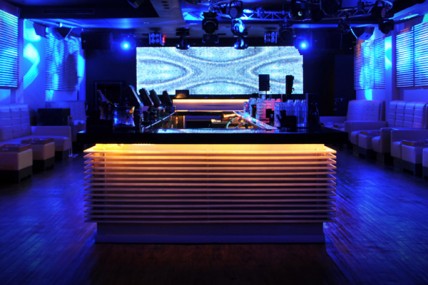 A new hotspot in Miami, buried deep in the Wynwood area is the new hip club, Gavanna Miami Nightclub, that has livened up the grey areas of what used to be Grass and the King is Dead. And man, did they bring it back to life. From the looks of it all, the classic bar and clubs has been reborn to this whole new portal of a clubbing experience like no other. Truly, a trip to Gavanna Miami Nightclub is something that you will never forget.

Luxury and ease is what this new club is all about. With a giant LED screen and a lighting system that can bring you to a whole new dimension, clubbing, partying, and merry making has now reached new heights. Found along the Design District, this new haven of oozing energy and vibe can truly make up for whatever fun and adventure you had in mind.

It’s a whole new vibe, this new club brings. Miami is all about parties and a whole lot of fun all rolled into one. Since this has just opened, Gavanna Miami Nightclub is said to open Fridays and Saturdays yet promises to open for more days of the week in the next quarter of the year.

There are also many events in this hip of a club that not only brings everyone to a jolt, it also thrills them with new vibes off getting in the groove as what the place was made to be to begin with. The main purpose of why Gavanna Miami Nightclub was put up was to give party goers the chance to dive into the beauty of doing nothing, yet still having fun along the way. Merry making and a whole lot of partying has never been made this fun. So what are you waiting for? Gavanna Miami Nightclub is waiting for you. Get into the groove, and party!