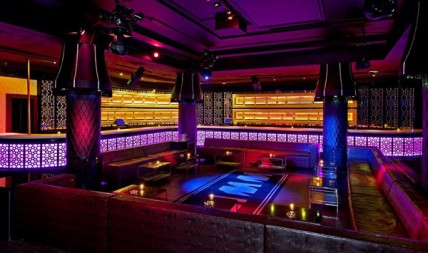 Mansion Nightclub Miami Beach in Washington Avenue is considered as one of the top sought after night clubs that spell out PARTY in bold letters.

Okay, so let’s all cut to the chase. We all know that Miami is not only known for the sunny vibe it brings nor the long stretch of the blue sea that makes it a place to be. Also, it is where the greatest parties take place.

Imagine a dance floor oozing with celebrities grooving to the beats played only by world class DJ’s. I’m one not to gush over stars and famous people, but when you’re side by side sharing a beat, allow me to be swooned, why don’t you?

The Mansion’s bar is loaded with all drinks imaginable, from the ladies’ Cosmopolitan drink to the swaggering hard mix for the dudes up for a night of fun and a bit of mischief.

The hip hop beats offered by Mansion Nightclub Miami Beach is one that marks the name for this night haven that makes it a favorite hotspot destination to locals, tourists, and celebrities alike.

Mansion Nightclub Miami Beach is also classically designed to have this soothing yet invigorating taste of what and how a party should be. The Mansion nightclub, located in an art deco theater refurnished to suit the night life that Miami is famous for, has truly become one of the giants when it comes to a nightlife that is made with lots of fun, music, and yes, a whole lot of dancing. No wonder Miami is known as an Alpha World City. With other nightclubs to fall back on, every party goer out for a gigantic adventure will definitely not go wrong with the Mansion Nightclub Miami Beach.

What are you waiting for? Don’t just take a dip, plunge into the real thing. Party hard, indulge yourself.